With the final crop of hay for the 2018 season now behind us, the interest to think about hay and moisture testers  tends to be on the lower side. Even so, that does not diminish the need to be proactive about maintaining moisture levels. Moisture affects stored hay in ways that can prevent a grower from selling his or her crop over the winter.

Buyers want hay for their cattle and horses. Growers should know that the animals that will feed on their hay are as important to buyers as the hay is to them. As such, they should also expect buyers to be picky. They want the highest quality product at the lowest possible price. 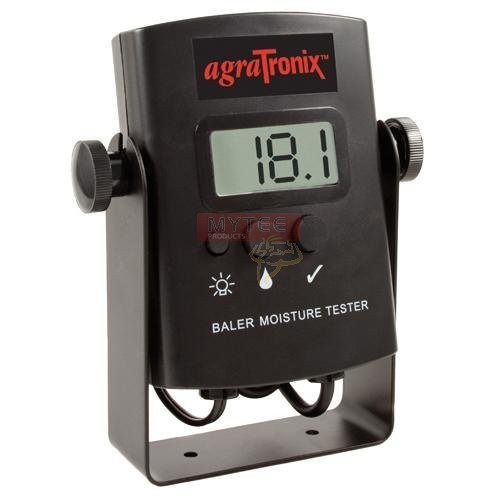 Below is a short list of four things buyers look for when choosing a hay supplier. All four are affected by hay moisture levels. So just as a reminder, make sure you have a working moisture tester on hand throughout the winter months. Do not ignore moisture levels. If you do, you may not be able to sell as much product as you had hoped.

Whether a buyer works with one supplier or many, he or she wants to know that the quality is there to support his/her animals until spring. Why does this matter to a grower? Because the last thing a grower wants is to promise buyers a certain quantity of hay only to discover he/she cannot deliver. Not delivering promised quantities is a fast way to lose customers.

Your average grower promises a certain amount based on current storage minus expected loss. But the grower also has to take care of his/her hay to ensure that losses don’t exceed the norm. Routinely checking moisture levels is a big part of that.

Buyers typically expect to use a given amount of hay over the winter months. But they may have their own storage issues. Realizing that there’s always the potential for more loss than anticipated, buyers look for suppliers who have enough reserve to meet supplemental needs down the road.

Growers can encourage buyers to have their own hay moisture testers, store their hay in a dry place, etc., but having a reserve supply on hand helps in a big way. Buyers who know they can count on their suppliers for supplemental shipments in the event of shortfall quickly become loyal customers.

Both hay quality and nutritional value are impacted by moisture. Hay that is too dry tends to not be as nutritious; in some cases, excessively dry hay may offer very little nutritional value at all. Animals can eat to their hearts content and still lose weight.

With winter approaching, hay moisture levels are critical for a successful selling season. If you don’t have a working moisture tester on hand, now is the time to get one.