In 2018, an employee of the University of Washington sustained a head injury while releasing a lever load binder (also called a snap binder) with the aid of a cheater bar. As a result, the university decided to “replace all lever-load binders with the safer ratchet-type binders,” since they’re easier to engage with less force, and the built-up tension in the chain can be released slowly, as the ratchet unwinds the chain a bit at a time.

Meanwhile, the University of Washington isn’t the only institution concerned about the hazards of lever binders. In the past ten years, the Occupational Safety and Health Administration, or OSHA, has recorded almost 60 serious injuries and deaths of employees struck in the head or throat by boomers when the tension ws abruptly released.

One such incident, in 2013, shows than an anonymous employee was struck in the throat by a load binder. They ended up needing three weeks of hospitalization, a tracheotomy, and a voice box surgery to recover from their injuries.

As these examples demonstrate, there are plenty of risks involved in securing and unbinding loads with G70 chains. Fortunately, there are also ways to mitigate those risks. These seven strategies can empower you to load and unload your cargo more safely.

The Department of Transportation enacts laws and parameters to keep all of us safe on the road. The most crucial of these laws regard Working Load Limits (often abbreviated WLL). Binders and chains will both have their WLL printed in them. Know the weight of your load, and follow DOT law by making sure you don’t exceed the WLL of any chain or binder you’re using. Loads that are too heavy can exert too much tension, making binding even more dangerous. Kindly find the different three types of chain binders in the following image. 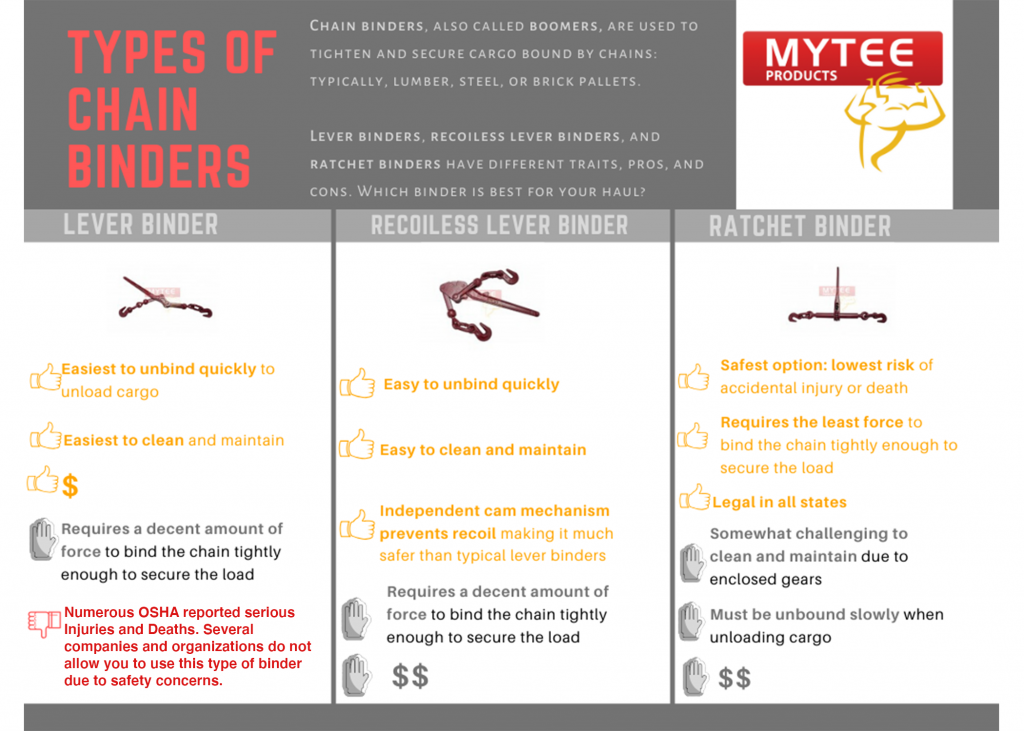 2. Use a Ratchet Binder Instead of a Lever Binder 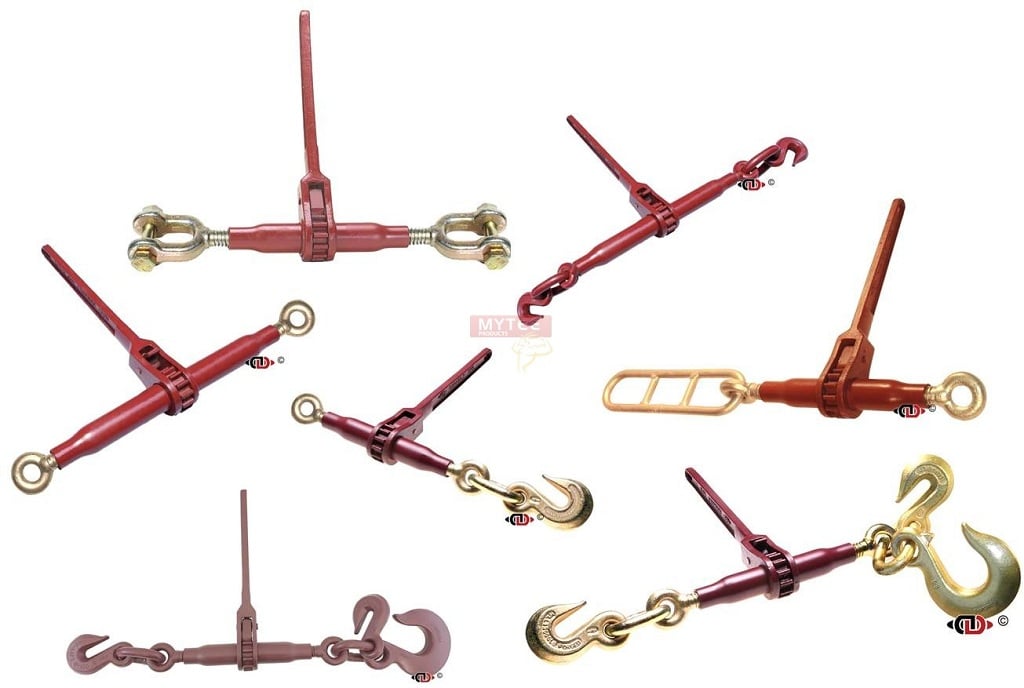 According to Experts Opinion;

Experts are taking note of the difference.

In the 2007 professional bulletin Army Logistician: Logistics in the Deep Future, Navy Engineer Dr. Keith Aliberti recommends that the military use ratchet binders exclusively in the future. “Ratchet-type load binders are preferable to levered load binders,” Aliberti writes. “Ratchet load binders are much safer devices for operators to use.”

In Australia, safety regulators decided to study the issue of the relative risks of lever boomers versus other types of binders. In their 2010 study, they found that, “turnbuckle or ratchet binders substantially reduce the risk [of injury] and obtain higher pre-tension than dogs, which improves load security.”

They note that the most significant problems cargo haulers and truckers have with ratchet binders are how much wear and tear that take in harsh conditions, how long they take to use when freight has to be loaded and unloaded quickly, and the cost of the high-end versions (with low-end versions needing to be replaced more often because the threads fail.)

While these problems are absolutely significant and worth considering, it’s also worthwhile to ask: what’s the price of my health—or my life? Is investing in a ratchet boomer worth the extra cost if I’m much less likely to wind up in the hospital?

It’s also worth mentioning that, in their 2010 study, workers who were consulted and informed on how to best maintain their ratchet binders (for example, using multipurpose grease or specialty hi-viscosity boom lube as a cleaning agent) were more successful with the turnbuckle ratchet boomers. When the binders were maintained, loading and unloading freight went more smoothly, and the binders lasted longer.

3. Use a Recoiless Chain Binder 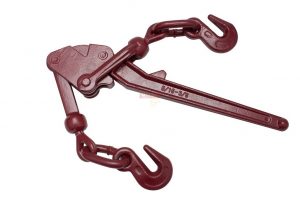 The advantage of a recoiless chain binder is the independently moving center cam. Since the cam is independent, it lets the employee easily release the load binder without any prying. The one-click low-energy release effectively eliminates any risk of injury due to built-up tension causing the lever to snap back.

Lever binders are popular, and if you already have a lot of them, it can be an expensive hassle to replace all of them. In that circumstance, lever binders can be used more safely when they’re used alongside lever binder locks and safety releases. 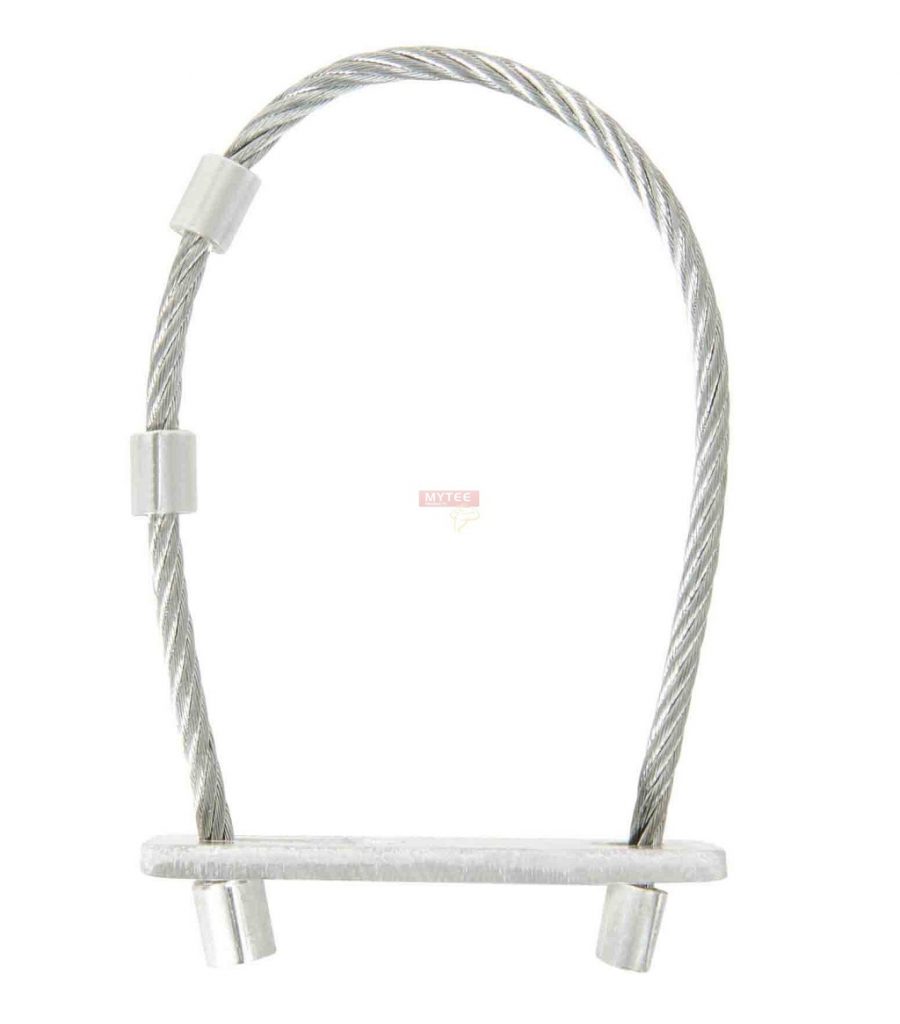 Lever binder locks are incredibly inexpensive. These steel locks and clips secure the handle on lever load binders to prevent accidental rotation and release of the chain tension, both while the load is in transit and when you’re starting to unload the cargo. Many models of lever lock are made of steel rope that can be threaded directly through the chain link.

A lever binder lock can compensate for a degree of slack in the binder chain, which can happen if someone struggles to exert enough force to create enough tension to secure the load as tightly as possible.  Which is great, because it reduces the temptation to use a cheater bar.

Using a cheater bar is incredibly dangerous. Don’t do it.

Cheater bars can overload the chain with too much tension. That can trigger a spontaneous release of tension, which could release the load during transport or cause the load binder handle to snap back quickly when someone attempts to unload the cargo.

Cheater bars can also injure someone while they’re in use. It’s too easy to lose your grip on a cheater bar, which can cause it to snap back or even whip off and hit someone else. There is no transportation of engineering expert who thinks cheater bars are safe:

6. Use The Best Possible Loading + Unloading Stance and Techniques

When you’re binding or unbinding, make sure you’re using the best possible stance and techniques for your safety. Here are some tips:

The last strategy is simple and successful. While it may seem obvious, it’s amazing to me how many people don’t take this basic precaution. Wearing industrial gloves helps you keep your grip on a boomer, whether you’re using a ratchet binder, a lever binder, or a recoiless lever binder. 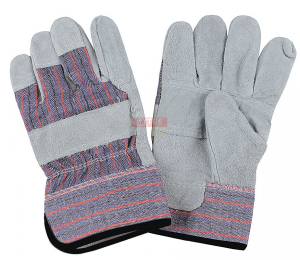 A good grip prevents accidents and lets you keep your pace steady.

Striking the right balance of efficiency, safety, and security can be a challenge for every hauler, and at the end of the day, you know your loads best. If you keep these seven strategies in mind, you can make any type of binder work for you.

At Mytee, we’re committed to helping you haul safe and earn more. Just like implementing these strategies will keep you safer when you’re binding your loads, our affordable products will keep your budget safer when you buy the tools you need. We cut out the middleman and sell direct to you, so we can get you the high quality binders and accessories you want at the price you need.