What would you say if we told you that the 2019 CVSA Roadcheck is now a mere seven months away? We know, it seems like this year’s Roadcheck was just conducted. Time flies when you’re having fun, right? Anyway, contemplating the 2019 event got us thinking about what inspectors actually check during roadside inspections.

Being that we supply the trucking industry with all sorts of cargo control supplies, we thought it might be helpful to better understand roadside inspections. So we dug around and found an interesting video created by the Indiana State police. 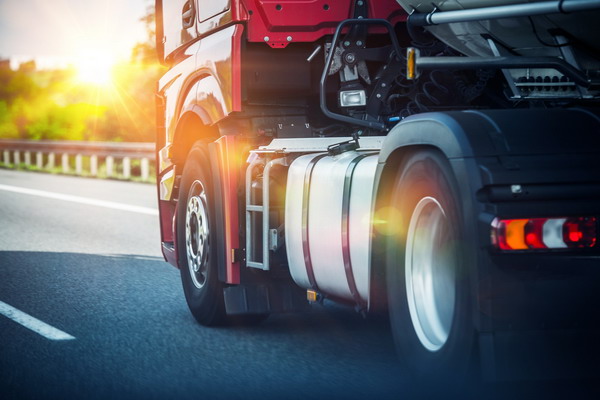 The video was quite enlightening to say the least. While we understand that what the trooper demonstrated in this video is open to some interpretation by police officers and DOT inspectors, the general principles described here are pretty standard. Let’s talk about those general principles.

The trooper in the video used an open-deck trailer carrying a piece of heavy construction equipment for demonstration purposes. One of the first cargo control things he talked about is securing all four corners of any load that exceeds a certain weight limit. He rattled off that weight limit like it’s second nature. That’s because it is. Inspectors know exactly what federal law says about tie-downs and load weight.

He also discussed working load limits in relation to the chains used to tie down the load. Interestingly enough, the trooper had a handy gauge he could place on one of the chain links to quickly determine its size and grade. And he also found a marking on the chain that told him the actual working load limit. He calculated the math and decided that the chains were appropriate.

One last thing we found extremely fascinating is that the trooper’s chain gauge had two sides to it. The first side has gauges for all standard chain sizes. The second side had gauges that were 20% smaller than standard. If an inspector can fit a smaller gauge over a section of chain, that indicates the chain is at least 20% worn. The chain can no longer be used. It must be taken out of service.

Other Things They Check

Roadside inspections place a lot of emphasis on cargo control. But inspectors check other things as well. For example, tire pressure and wear are both big things. If an inspector doubts the integrity of truck’s tires at all, he/she will measure depth tread and take a pressure reading.

These are the basic things inspectors are looking for during roadside cargo control inspections. Obviously, inspectors do a complete check of a truck from front to rear, looking at everything from lights to safety reflectors. We hope you will take this information and combine it with everything else you know about roadside inspections in order to improve your own cargo control efforts. Do not be the next driver taken out of service.