Those black, rubber bungee straps truckers use to secure tarps are so easy to find that they are often taken for granted. However, did you know that the modern bungee strap is a relatively new invention? It hasn’t been around that long when you consider that a French scientist invented the first artificial rubber polymer in the 1870s. What he learned about synthetic rubber more than 130 years ago paved the way for creating the flexible, durable, and easy-to-use bungee straps that are common find in the modern marketplace.

It turns out that synthetic rubber was developed largely in response to the needs of the burgeoning auto industry in the early 20th century. Natural rubber was expensive to produce and not very durable for things such as car tires. Making matters worse were the first and second world wars, two eras in which rubber was hard to come by. 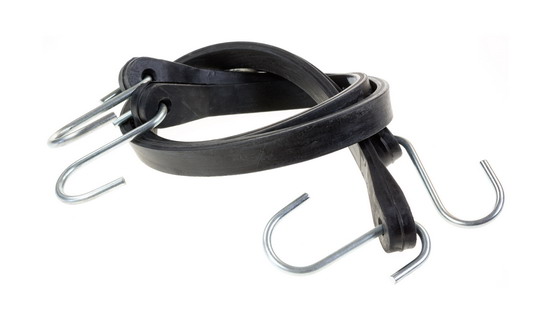 In the years following World War II, discoveries on a variety of synthetic rubber products were made that would have various uses. One of those products was something known as ethylene propylene diene monomer (M-class) (EPDM) rubber, the rubber used to make bungee straps.It is an ideal kind of rubber for a multitude of products, including bungee straps and roofing materials.

EPDM rubber is an ideal material for bungee straps because it is resilient to hydraulic fluids, alkalis, and ketones. It is popular with truckers because of its extreme weather resistance. EPDM rubber tarp straps hold up as well in subfreezing temperatures as it does in extremely warm temperatures and bright sunshine.

Imagine trying to tie down a canvas tarp using ropes during the middle of winter. The average trucker would have to go without gloves in order to get a good, tight knot. Nevertheless, with rubber bungee straps, you just hook the strap and go. It is quick, it is easy, and you can do it while still wearing your gloves.

As great as EPDM is for rubber bungee straps, it does have a few albeit minor challenges. Most of them arise due to the fact that EPDM it is a polymer made from petroleum byproducts. This means it is susceptible to damage from certain kinds of solvents and acids, gasoline, oil and kerosene. Truckers have to be very careful about using these substances near bungee straps.

Due to the flexibility of EPDM rubber, they perform best when used with other products to secure cargo in place. That is where webbing straps and chains come into play. Bungee straps are usually suitable for keeping tarps in place during transit.

Mytee carries several different sizes of manufactured EPDM rubber bungee straps with galvanized steel hooks. We also carry solid core rubber rope that truckers can bought in bulk and cut into customized sizes. Rubber rope hooks are available for use with this rope as well. 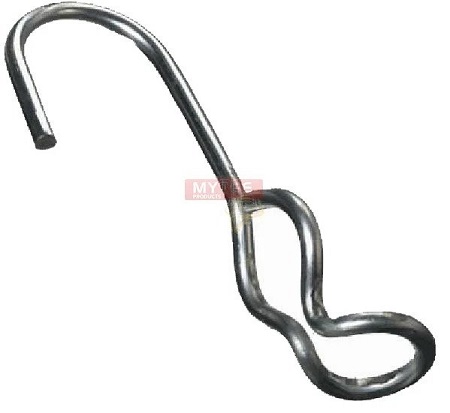 Thanks to some creative scientists looking for a better alternative to natural rubber, we now have EPDM synthetic rubber and products made from it. 130 years ago, who knew how vital synthetic rubber would be to the trucking industry in the 21st century?