Truck drivers across North America were subject to the annual Commercial Vehicle Safety Alliance (CVSA) Roadcheck inspections back in June (2018). You know exactly what we are talking about if you drive a truck for a living. But did you know that inspectors actually practice what they do? They do it to be better at what they do, though some practice in order to compete.

There’s a lot more that goes into truck inspections than meets the eye. In terms of cargo control, truck drivers are all-too-familiar with inspectors checking everything from the number of tie-downs to the actual physical condition of webbing straps and chains. They check hooks, winches, anchor points, bungee straps, and even whether truck tarps are secured well enough to keep them in place. 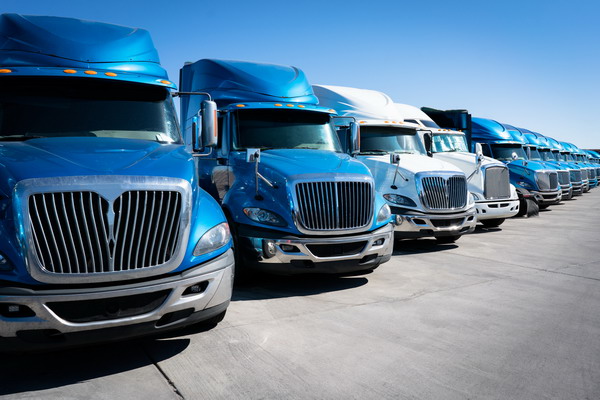 Inspectors also check the physical condition of the trucks they are looking at. They check everything from tires to breaks and operating lights. And of course, don’t forget hours of service rules and the new ELD mandate. They are looking for anything that could pose a danger on the road – no matter how minor.

A large number of truck inspectors gathered in Columbus, Ohio this past summer to participate in the CVSA’s North American Inspectors Championship. According to news reports, there were more than four dozen inspectors representing the U.S., Canada, and Mexico, all competing by way of a written test and hands-on demonstrations.

They were competing alongside truckers involved in the National Truck Driving Championships. While truckers were practicing everything from cargo control to turning and backing, inspectors were practicing all the steps that go into doing what they do. When it was time for the competition to commence, both drivers and inspectors hoped to be at the tops of their game.

A truck driver uses chains and straps to securely tie down a load. Drivers practice load tie-down in order to increase their efficiency in the real world of work. The more efficient they are at cargo control, the more time they have to keep the wheels rolling. It is just common sense.

Inspectors are in a similar situation. They practice the skills necessary to conduct complete inspections that are simultaneously efficient. The more trucks they can get in and out of inspection stations, the more they can look at in a given day. This keeps the trucks moving and the roads safe.

Knowing the Regulations and Physics

For both trucker and inspector, the key to success is knowing the regulations and physics of cargo control. Federal law, at least in the U.S. and Canada, is very specific in detailing how truck drivers are supposed to secure cargo to their trailers. One look at the FMCSA’s trucker handbook says it all.

As for inspectors, they need to have that same knowledge of regulations and physics. It is their job to make sure truckers are complying. If they don’t know what’s going on, they cannot possibly do their jobs.

Truck drivers, you now know that those inspectors you deal with all the time practice what they do. They not only practice to compete, but also to make sure they always operate at the highest possible level. It’s probably not a good idea to put them to the test. They know what they’re doing.