As effective and affordable as electrified fencing is, it needs proper care and maintenance to remain in good working order. A failure to maintain, could lead to issues. As residents of Rock County, Wisconsin recently found out. A recent spate of loose animals wreaking havoc on county roads has led to county ordinance changes.

Rock County is a fairly rural county in the southern portion of the state. It offers mile after mile of country roads with breathtaking scenery all around. The county is also home to dozens of cattle escapes every year. Local police say the problem is mainly due to inadequate and improperly maintained fences.

Unfortunately, allowing cattle to escape puts both them and drivers in danger. Rock County residents have seen an increase in cattle-related accidents over the last three years, some of which have resulted in serious injuries. Many times, the animals have to be put down.

Rock County officials hoped to change that when they recently gave police the authority to issue citations for loose cattle. Animal owners can now be fined up to $100 for a first offense and $200 for subsequent offenses. Local leaders hope the citations and fines will be enough to motivate animal owners to maintain their fencing. 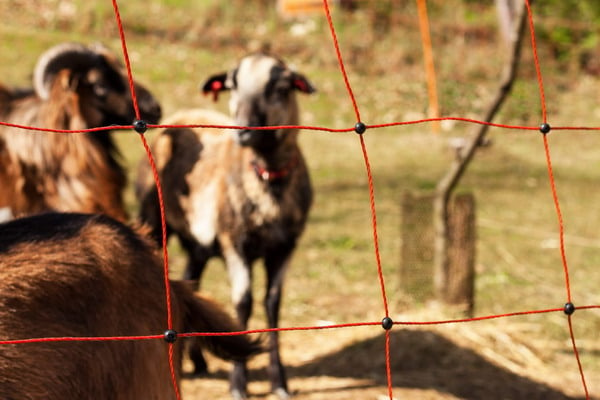 Whether or not you could be cited should have no bearing on fence maintenance. If you are putting money into fencing wire, energizers, posts, etc., does it not make sense to protect your financial investment by keeping things in good working order? Sure it does.

The good news is that maintaining an electrified fence is neither difficult or costly. There is not much to it:

• Broken Wires – Routine inspections will identify broken wires sooner rather than later. It is very easy to remove a section of wire and replace it with a new section. Inspections also identify problems with posts and energizers.

• Post Replacement – Electric fence wire does not put nearly the same amount of stress on fence posts as barbed wire. Still, there are times when posts are damaged by the weather or some other external force. A post that is no longer doing its job should be replaced right away.

• Grounding – Next to broken wire, the biggest concern with electrified fencing is grounding. If your fence is not grounded properly, no current will run through it, rendering it ineffective. Property owners should routinely check to make sure grounding wires have not been damaged or dislodged.

• Solar Energizers – If you are using solar energizers, it pays to check on them every now and again. Solar components do wear out, and you might never know without putting a voltmeter on your fence and measuring energy output. You can also help your cause by making a point of keeping the solar collector surfaces clean. You do not want anything inhibiting sunlight from keeping your energizer charged.

Electrified fencing is only as effective as the condition it’s in at any given time. To make sure you get the most out of your investment, put in the time and effort to maintain your fencing. A little bit of routine maintenance goes a long way toward keeping things in shape.