The sales staff at Mytee Products have the privilege of welcoming brand-new flatbed truckers to the industry by way of helping them figure out what kinds of cargo control supplies they need to keep on board. In so doing, it is not unusual for us to have conversations about the different kinds of truck tarps in our inventory. That leads to discussions about why some loads are tarped and others are not.

Needless to say that our tarp inventory is not limited to just one kind of tarp. We carry a full range of tarps for flatbeds including steel, lumber, coil, machinery, and smoke tarps. We also carry roll tarps for dump trucks and complete site kits. Anything that a new trucker could need we have. 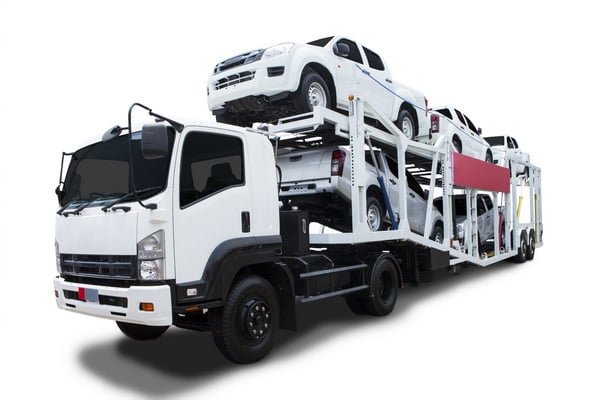 With that said, you might be curious as to why some loads are tarped and others are not. Here is the whole story in four points:

While it is technically possible to throw a tarp over any kind of load on an open-deck trailer, using a tarp is not always necessary. The truth is that some loads just do not need to be covered. For example, consider a load of cinder blocks. Unless there is some special circumstance dictated by the shipper, those blocks will make it clear across the country without needing to be covered.

On the other hand, there are certain loads that have to be covered every time. Industrial machinery is a good example. Things like multi-million-dollar CNC machines are covered during transport for obvious reasons.

Tarping is sometimes dictated by regulations. If you drive a dump truck, you know exactly what we mean here. Laws in all 50 states require that loose materials being transported in a dump truck be prevented from flying off in transit. While some states leave the decision of how to accomplish this to drivers, other states mandate tarps as the only method of load containment.

There are times when tarping a load is dictated by the shipper. Despite the fact that truck drivers are ultimately responsible for protecting cargo, some shippers take it upon themselves to make sure their cargo is protected in a very specific way. They take no chances. As far as truck drivers are concerned, there is really nothing they can do when shippers make such demands.

Shippers know that the legal responsibility to protect cargo resides with drivers. All the same, they are reluctant to use drivers who resist their tarping demands. If they want tarps used, a driver either acquiesces or takes the chance of never getting another load from that shipper again.

Tarping can even be the preference of the driver. We have known some truck drivers who refuse to use tarps except when they are absolutely necessary. Yet we have also known drivers who would never think about transporting anything without covering it first. Different drivers have their own preferences in nearly every aspect of cargo control.

What is curious to us is that drivers do not get paid for the time it takes to secure their loads. They only get paid when the wheels are turning. And yet, there are drivers that tarp everything. It doesn’t matter whether they are hauling expensive lumber, steel pipes, or concrete road barriers, everything gets tarped.

The big take-away here is that there really aren’t any rules for what loads get covered. Drivers have to assess each load independently alongside federal and state regulations, shipper requirements, and their own tarping preferences.