A father and son from New Zealand recently competed in a fence installation contest that resulted in the younger competitor beating the older. Apparently, the competition is an annual event at the National Agricultural Fieldays in Hamilton, New Zealand. And while speed may be important to winning the Golden Pliers competition, getting it right is more important in a real-world setting.

Here at Mytee Products, we sell a complete inventory of fencing materials including energizers and wire rope. We are careful to encourage customers who visit our Ohio showroom to take their time and do things right. Getting it right is more important than speed when you are installing a fence designed to keep your cattle in. 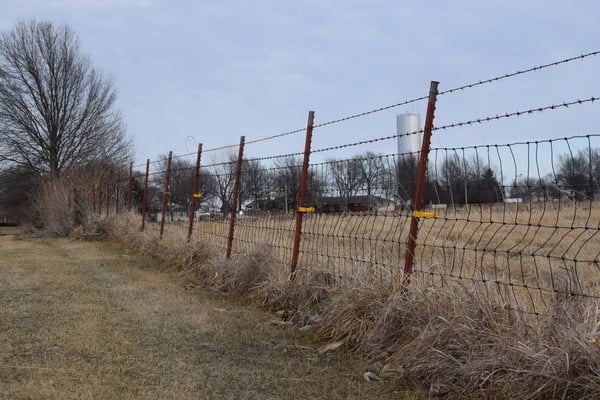 The Student Becomes the Master

Getting back to the New Zealand competition for just a minute, 47-year-old Shane Bouskill apparently decided to retire from competition after being beaten by his son Tony. The younger Bouskill, just 28 years old, won the competition in grand fashion. He brought an end to his father’s four-year reign as champion.

Tony’s father was already planning to retire even before this year’s competition got underway. But he convinced his father to give it one more shot. Shane Bouskill ultimately finished fourth. The two teamed up in a separate pairs competition which they won for the second straight year.

A day after the competition, Tony was back to work installing fences for customers. He said he’s not sure if his father will retire only from competition or from fence building entirely. In either case, father and son do very well for themselves building fences for farmers, cattle ranchers, and anyone else who needs them.

Building a Fence the Right Way

Fence building competitions aside, there are right and wrong ways to install electrified fencing. A property owner going electrified rather than barbed wire has a few considerations to think of. For example, the chosen energizer for any given fence has to be proportional to the amount of fence being powered. Attempting to power too much line with an inadequate energizer results in ineffective fencing.

Other things to consider include:

” The Number of Posts – Electrified fences do not require as many posts as barbed wire because the tension on the wire rope is not nearly as high. But that does not mean property owners can skimp. They still need the right number of posts correctly positioned in the ground.

” System Grounding – Electrified fencing needs to be properly grounded in order to function. It is not uncommon for inexperienced property owners to damage their systems due to improper grounding.

” Number of Lines – Electrified fencing doesn’t require as many lines as its barbed wire counterpart. Still, a fence cannot have any big gaps between lines if it’s going to be as effective as possible. Three to four lines is generally recommended.

” Backup Power – The one downside to electrified fencing is that electricity can be knocked out in a storm. It is wise to design a fence with backup power in mind. Whether that means a solar-powered energizer, battery backup, or running a generator during power outages is less important than actually coming up with a workable solution.

It is great that the Bouskills can install electrified fencing in record time. But once the annual competition in New Zealand is over, father and son go back to work with a focus on doing things right. If you have to choose between speed and a by-the-book installation, always go with the latter. Getting it right is always more important than doing it quickly.