A test done in the late 1990s to determine if gas was being wasted by open pickup truck beds resulted in the conclusion that adding a tarp or tonneau cover could significantly reduce drag and increase gas mileage. That study was seized upon by cover makers who suddenly found an entire market of customers willing to buy their products. A similar study was conducted 10 years later, reaching the same conclusion. However, we wonder whether these glorified tarps for trucks really do save that much gas or not.

Let’s be honest; long haul truck drivers use flatbed truck tarps on their trailers to protect the cargo. They are not being used to reduce drag or save on gas. Even dump trucks that make use of tarps do so to prevent the cargo underneath from coming loose in the wind and striking unfortunate passenger vehicles. These are not used to save gas. Yet pickup truck drivers seem to be stuck on the idea that a tarp or tonneau cover is more fuel-efficient.

The original numbers used to justify truck tarps and tonneau covers came from the Specialty Equipment Market Association (SEMA) and their two tests we previously mentioned. However, other tests have been done, one most recently by Consumer Reports, which casts real doubt on the idea of improving mileage with tonneau covers and tarps for trucks. 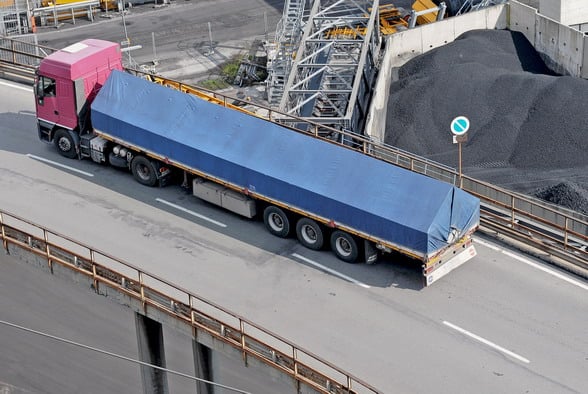 The problem with the SEMA studies is that they only looked at drag and aerodynamics. They never actually tested any vehicles under real world conditions, including measuring how much fuel was used at different rates of speed. They simply assumed that by reducing drag, fuel mileage would increase. That makes sense, right? It turns out it’s probably not true.

If you know anything about Consumer Reports magazine, you know it is published by a nonprofit organization that seeks to provide unbiased information not influenced by product manufacturers. They test all sorts of things from home electronics to vehicles to appliances. In 2013, they put the truck tarp/gas mileage theory to the test. They tested pickup trucks under four scenarios:

The results of the Consumer Reports test startled many pickup truck drivers. Why? Because putting a tonneau cover or tarp on the back of a pickup truck appears to actually decrease fuel mileage pretty significantly. The magazine didn’t explain why, they just provide the raw data; data that showed covering the back of your truck actually make things worse in terms of gas mileage.

Now that we have completely ruined your day by telling you tonneau covers and truck tarps do not save gas, we don’t want you to assume that they do not have any value. They do. Tarps can be very useful for a number of things, whether you drive a pickup truck, a dump truck, or a semi.

For example, a tarp on the back of your truck is a great way to protect cargo underneath from sun, rainfall, and flying debris. Truck drivers use them all the time to protect valuable cargo until they drop a load. And of course, you might use them with your own pickup truck when you’re moving your house.

Tarps are also valuable for protecting other drivers from your cargo. At highway speeds, things can come loose a lot easier than you might think. A tarp keeps everything intact so that you are not endangering the welfare of others.

Tarps for trucks do have their place. A place that is just not gas mileage improvement.