What is the Difference Between Truck Tarps and Throw Tarps?

Heavy-duty truck tarps are made from vinyl, canvas, and parachute fabric. They are manufactured to the highest standards and are often double stitched at the seams and corners for extra durability. A typical truck tarp is manufactured with built-in grommets and D-rings for use with bungee straps and ropes.

As a general rule, throw tarps are all-purpose tarps made for light duty work. They are fine for keeping out the rain or providing shade. They are fine for covering utility trailers and pickup truck beds for short journeys around town. Some kinds of mesh tarps can even be used as construction blinds or snow fences. But none of them is tough enough to withstand the punishment trucking dishes out.

Getting back to throw tarps, there are different types to choose from. We carry six, beginning with the standard poly tarp. This is a blue all-purpose tarp similar to what you might find in a department store. Poly tarps are good for covering wood piles or temporarily protecting a storm-damaged roof until repairs can be made.

We carry various types of throw tarps, described as below;

These are tarps made with mesh material for breathability. They generally come in both black and green. Construction companies like to use them to provide shade and create visual barriers around construction sites. Truck drivers rely on them when transporting certain kinds of loads, such as bees for example.

Like poly tarps, canvas throw tarps are all-purpose tarps. Campers and hikers appreciate them because they make for a great temporary shelter on short trips. They can be used to cover anything you would otherwise cover with a poly tarp. 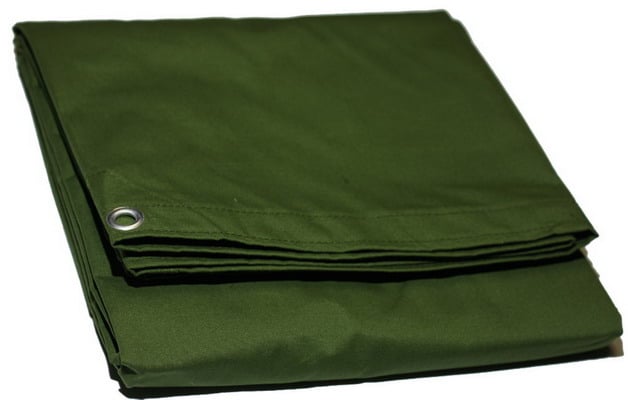 Also known as drip converters, these are small poly tarps intended to redirect water from a dripping ceiling, A/C unit, etc. Drip tarps have a built-in drain to which a tube can be connected. This allows collected water to be diverted away from any sensitive areas. 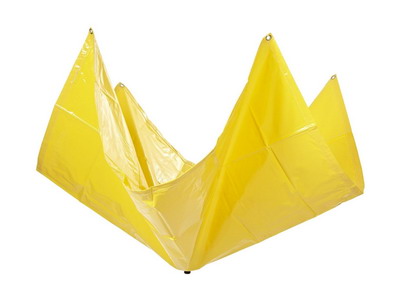 We assume throw tarps take their name from the idea that you just throw them on whatever you need to protect. Obviously that would not apply in the case of diverting drips or putting up tarps to block the view of a construction site. But that is neither here nor there.

If you need light-duty tarps for use around the home or work site, one of our throw tarps will probably get the job done. Stick with heavy-duty truck tarps if you are truck driver looking for maximum cargo protection. Throw tarps may cost less, but they are not going to stand up to the punishment of daily life on the road.