We were talking about some of the past conversations we’ve had with truck drivers when we remembered one particular conversation from about seven or eight years ago. The topic was parachute fabric and whether or not it was a good choice for truck tarps. Believe it or not, parachute fabric tarps were available back then. They were just not very popular.

This particular discussion was more about whether or not parachute fabric was appropriate for lumber loads. The driver in question didn’t know much about the fabric, nor did we at the time. His concern was that it was too light to withstand over-the-road travel. He also questioned whether the fabric would flop around enough to damage the load.

We did not have the answers back then, but we do have them now. Are parachute fabric tarps good for lumber loads? Absolutely. Like anything else, it is simply a matter of using them the right way.

How Parachute Tarps Are Constructed

Let us first discuss how parachute tarps are constructed. They are made of a ripstop material, generally nylon, chosen for its weight and strength. The material is designated as ‘ripstop’ because of the special weave pattern that prevents small holes and tears from continuing to grow.

Note that ripstop nylon will not hold back water forever. As such, most parachute fabric tarps still rely on a vinyl top panel to keep out moisture. Only the drops are made of the ripstop fabric. You still get a lighter tarp without sacrificing water resistance on the top.

Next, it’s important to use edge protectors when you’re deploying parachute fabric tarps. Even though these tarps are made of ripstop fabric, they are still susceptible to being punctured on sharp edges. There is no point in risking the integrity of a tarp based on the notion that ripstop fabric makes it stronger than vinyl. 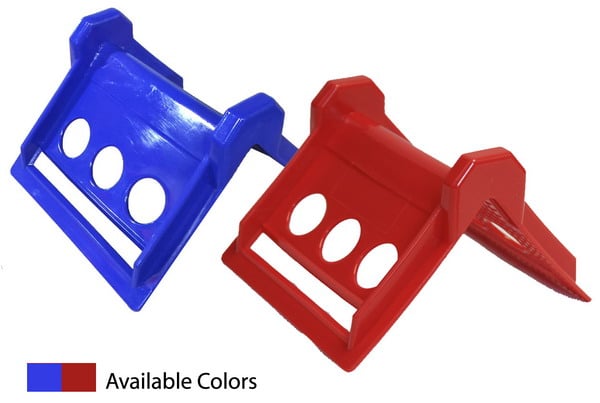 Should you end up unintentionally puncturing a tarp, you can repair it. There is less risk of that puncture becoming a major problem due to the ripstop nature of the fabric.

Finally, it is true that parachute fabric will flop around in the breeze more readily than vinyl. It has two things working against it in this regard. The first is its lighter weight. Second is a weave pattern that is specifically designed to catch the air. What does this tell truck drivers? To secure a parachute fabric tarp all the way around the load.

Some drivers go around the perimeter using webbing straps or a series of bungee straps. Others use long lengths of rubber rope. Still other drivers attach bungees at each grommet and secure them to the trailer. How you go about it is entirely up to you. The point is to secure the tarp in such a way as to prevent as much movement as possible.

At the end of the day, parachute fabric is an appropriate material for lumber loads. It is also great for steel, cable, machinery, and just about anything else you could carry on the back of a flatbed trailer. Just know that you have to be a little more careful at deployment and removal. Parachute fabric tarps are easily caught by the wind, so you have to be more deliberate in order to maintain control while you’re tarping.

We are happy to say that Mytee Products carries a selection of parachute fabric tarps. We invite you to look over our inventory whether you’re looking to add to your existing tarps or replace those that are worn out or damaged.